In the heart of everything!

Rochester is the county seat of Olmsted County and is the third-largest city in Minnesota.  The city has been frequently recognized by Money Magazine, since the 1980s as one of the best places to live in the United States ranging from the best overall to the best in the Midwest.  According to the United States Census Bureau, the estimated population in 2016 was 114,011.

The city of Rochester lies alongside the south fork of the Zumbro River and encompasses approximately 54 square mile area.  Nestled in a valley, Rochester’s skyline has tall buildings at the city’s center with farm fields in the foreground.  It has more than 3500 acres of  and more than 85 miles of paved trails to explore. 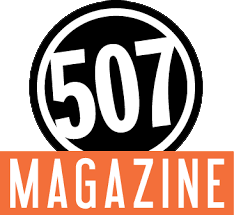 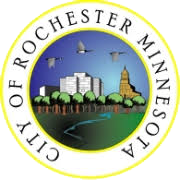 Nearby Points of Interest

Rochester Public Library is committed to meeting the needs of their community as it changes and grows.

Their main location is downtown near the Parker, but their bookmobile serves a number of locations around Rochester.

Mayo Clinic is a nonprofit organization committed to clinical practice, education and research, providing expert, whole-person care to everyone who needs healing.

Their mission is to inspire hope and contribute to health and well-being by providing the best care to every patient through integrated clinical practice, education and research.

The University of Minnesota Rochester offers students an unparalleled education in the health sciences, including an integrated, hands-on curriculum, personalized attention, and a learning experience that is truly one-of-a-kind.

From Chester's, Terza, Victoria's, Tap House, and Grand Rounds near the Parker, to Porch and Fiddlehead Coffee near the Beacon, Opa Opa, Wabi Sabi, and Topper's Pizza near the Marion, and Cafe Presto or Canadian Honker by Chalet, there's a large variety of food available.

The Rochester Downtown Farmers Market is a project of the Rochester Downtown Farmers Market Association, seeking to support sustainable agriculture and the family farm by sponsoring a market to provide farmers with a well-organized retail marketplace, providing local access to quality farm products, and strengthening the ties between the family farm and the community.

A variety of live music options can be enjoyed at a variety of locations within walking distance of the Beacon, the Chalet and the Parker.

Rochester City Parks provides a variety of leisure time opportunities for people to enjoy. Parks include McQuillan Fields, Bear Creek Park and Joyce Park near the Marion, Kutzky Park and St. Mary's Park near the Chalet, and Silver Lake near the Parker.

Rochester's 85+ miles of trails are bituminous or concrete surfaced and are available for pedestrian, bike, in-line skate, wheelchair, and stroller use.

There are many options for grocery stores across Rochester including Hy-Vee, Fresh Thyme, or Cub Foods.

Downtown Rochester is a central gathering place for the community that is attractive, inviting, fun, and livable.

Rochester Art Center offers the opportunity for all people to understand and value the arts through innovative experiences with contemporary art.

Rochester Community and Technical College (RCTC), the oldest public two-year college in Minnesota, and one of the oldest in the country!  The College offers access to a wide selection of online and land-based courses and more than 70 technical and transfer programs.

Thanks to Rochester's climate controlled skyway and underground walkways, otherwise known as subways, it never dips below 68 degrees. Businesses, hotels, shops and dining are all accessible without ever having to step outdoors in the winter.

We use cookies to ensure that we give you the best experience on our website. If you continue to use this site we will assume that you are happy with it.OK